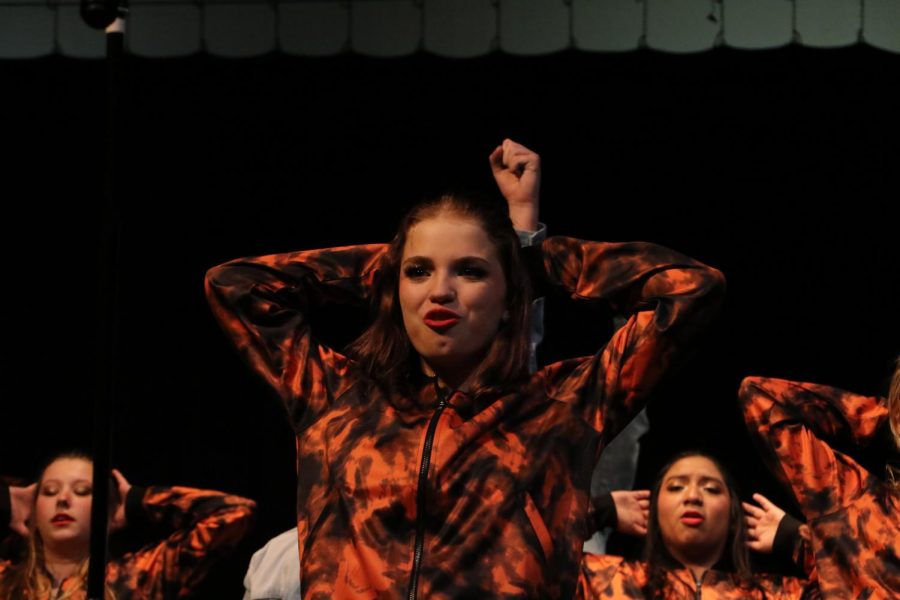 “I’ve definitely been pulled out of my shell a little bit,” sophomore Hannah Gray said. “I’ve learned to become a lot more social and I’ve learned to be more confident in myself and in my abilities. It made me a little bit more competent and it gave me a place where I felt like I could be myself.”

Gray is an introvert and already stepped out of her comfort zone by joining her middle school dance team and choir; she wasn’t really a people person. Her friends encouraged her to continue in high school.

“I knew a lot of my friends were joining [show choir],” Gray said. “Eventually, they dragged me to see one of the show choir’s performances and it was just wonderful watching them. I wanted to do what they were doing. It didn’t look like something that they were slaving over for the past year and there was no fun left in it. It just looked fun.”

After going to the performance, she signed up for IntoneNation. She had to go through a process of auditioning in order to get put in the class and be given a spot.

“I think I was a little bit more worried than I should have,” Gray said. “You fill out a form, submit a picture of yourself and then there’s a vocal range that you have to do. Then you record like a minute of any song and there’s a dance audition in person.”

Once Gray got the results from auditions, she began to prepare for the school’s production of “The Hunchback of Notre Dame.” She was casted as part of the chorus.

“Ms. Rhodes was the musical director for hunchback and is our director for the show choir,” Gray said. “I kind of knew what to expect going into it, and it taught me to work in a group.”

While being in the musical, like many other show choir students, Gray had to prepare for competitions. She had to take time over the summer and after school to be ready with the choreography and music for the shows.

Dozens of rehearsals throughout the summer and year come together to produce a show ready to compete in.

“I love the feeling of being on stage and everybody is so kind,” Gray said. “It was a day that we all got to spend time with each other, and it was just great. I like being able to perform what I’ve been working so hard on for the past year. It’s just such an adrenaline rush.”