*May include Heartstopper Spoilers* 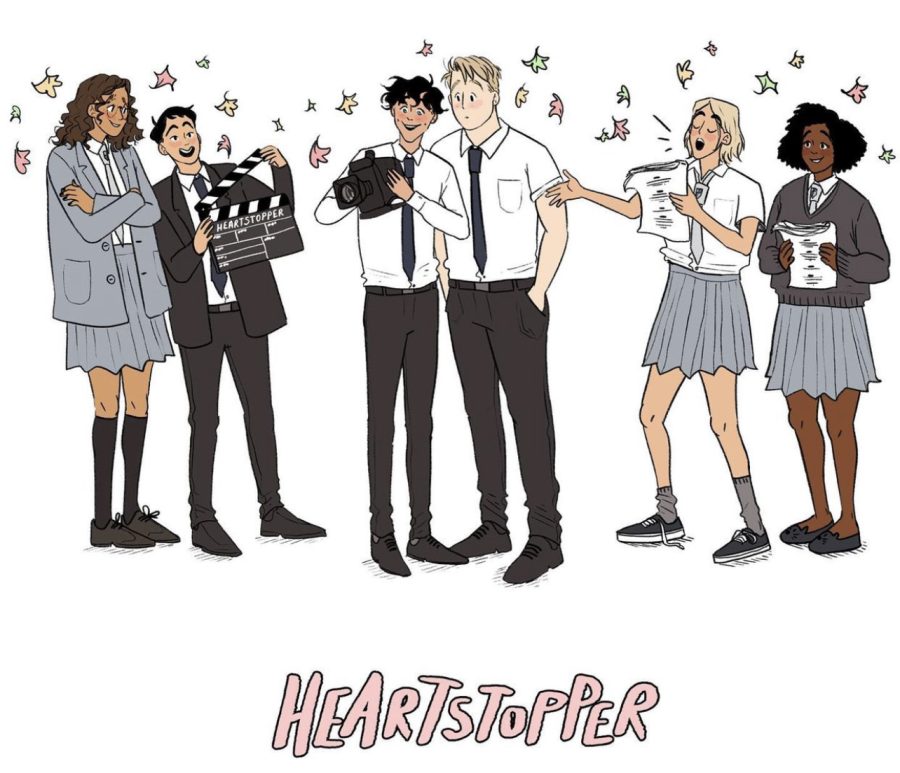 “He’s straight, Charlie,” Tao Xu, Charlie Spring’s best friend said. “You only need to glance at him to see that he is a massive heterosexual.

The representation of sought-after queer, youth love stories, is a topic that the film industry does not touch on often, so when something that is just that comes around, the media falls quickly in love. What’s not to love about young love?

Based on graphic novels by Alice Oseman, “Heartstopper” is a British coming of age show, adapted by Netflix, that has taken over the hearts of queer youth around the world. With a highly acclaimed Rotten Tomatoes score of 100%, “Heartstopper” has become increasingly popular and successful, only having been released 11 days ago from today, May 3.

The story follows along the lives of two teenagers, Charlie Spring and Nick Nelson, as they embrace love, self-acceptance/identity, friendship as well as hate from peers. It is a coming-of-age story that includes a variety of queer representation including that of transgender, lesbian, gay and bisexual, providing LGBTQ+ teens with much-needed visibility.

It touches on topics outside of the typical heterosexual love story, as, Rugby Captain, Nick Nelson, goes through the stages of denial and acceptance regarding his sexuality, and the fear that comes along with coming out. Nelson is an incredible example of stereotypes and the complications that arise when we label one specific attribute or personality as “straight appearing.” In this case, those stereotypes were Nelson’s athleticism and general physical physique and masculinity.

Tara and Darcy, a lesbian couple, introduce the stigma behind the word, “lesbian,” and the personal conflict they faced in order to become comfortable saying it out loud. Viewers online have found themselves fully represented by this exact same struggle in their similar experiences. This couple is beautifully written and depicts two young girls who have embraced each other and themselves, in a world full of exclusion.

Elle Argent is a transgender girl who went to Truham Grammar School for Boys with Charlie and her friends, before she came out and before transitioning from male to female. She opens up about the bullying and resentment from her peers, but her best friends Charlie, Tao, and Isaac remained supportive and loving through every stage. Argent is played by the up-and-coming transgender actress, Yasmin Finney, in her first feature tv series.

After thoroughly watching this show four times through, I would rate “Heartstopper” a 10/10. As a queer teen, I loved the unapologetic representation and real-world topics that were touched on, in just eight 30-minute episodes. This was, in my opinion, a perfect tv show, with great cinematography/editing, acting and chemistry between the cast as well as a realistic storyline and script. I would recommend this show to anyone, especially those who are a part of the LGBTQ+ community (including those who are still figuring it all out).